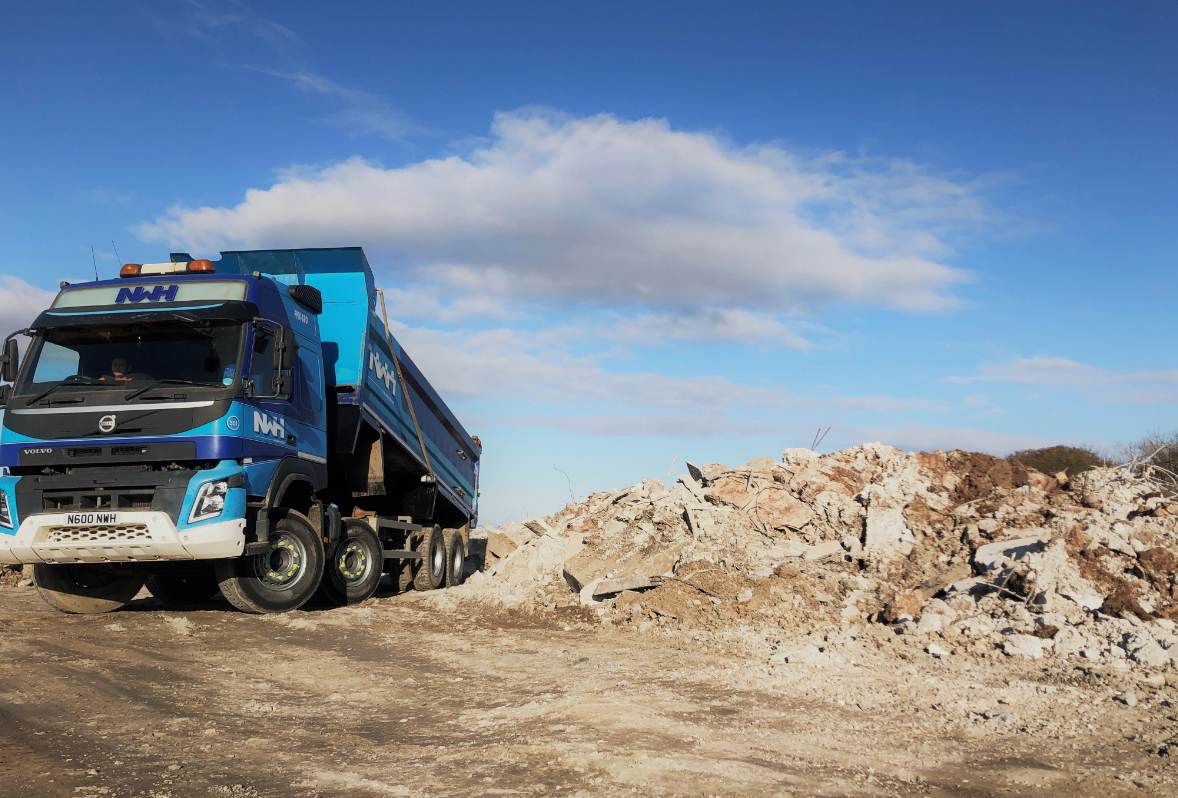 Shifting almost 44,000 tonnes of subsoil from Edinburgh’s Haymarket Gap development, we are in the process of supporting the in-filling of a World War One bunker that forms part of the new Rosyth Waterfront regeneration project in Fife

Craig Bertram, Key Account Manager at NWH Group, said: “It’s fantastic to be part of two such important regeneration developments in Scotland, and these projects in particular underpin our mission to transform waste into a valuable product.”

Built in the early 1900’s the bunker was used by the Ministry of Defence as an oil storage facility to fuel the fleet that was serviced by the dockyard in Rosyth.

The ‘bomb proof’ bunker which was built up in layers of heavily reinforced concrete has been the subject of one of the largest remediation and demolition projects in Scotland.

The resulting material processed is being used for various projects in and around the Fife area.

The A8000 road upgrade, the new port access road in Rosyth and housing developments in Dunfermline are all benefiting from the good quality recycled sub-base and drainage materials being produced.

The final £250 million Rosyth Waterfront site will include industrial, office, warehousing and leisure development adjacent to the Queensferry Crossing.

In Edinburgh, the Haymarket Gap site between Dalry Road and Morrison Street, is being developed by Qmile Group and M&G Real Estate.

It will comprise five buildings - three offices and two hotels - and provide 365 bedrooms and space for up to 4,500 workers as well as approximately 40,000 sq ft of retail space.

At the heart of the project will be Haymarket Square, which aims to provide a vibrant landscaped public space offering leisure and retail opportunities as well as a social and events space.

The site of the new public square has lay derelict and abandoned for half a century. Sir Robert McAlpine is currently on-site delivering Haymarket Edinburgh’s first building, 1 Haymarket Square.

With years of experience, and one of the biggest fleets in Scotland and the North of England, we are experts in providing solutions to the construction, engineering and demolition industries.

We have our own fleet and aggregate recycling facility to process all collected soil and rubble from construction and demolition projects ensuring the best quality material is re-used for new projects.