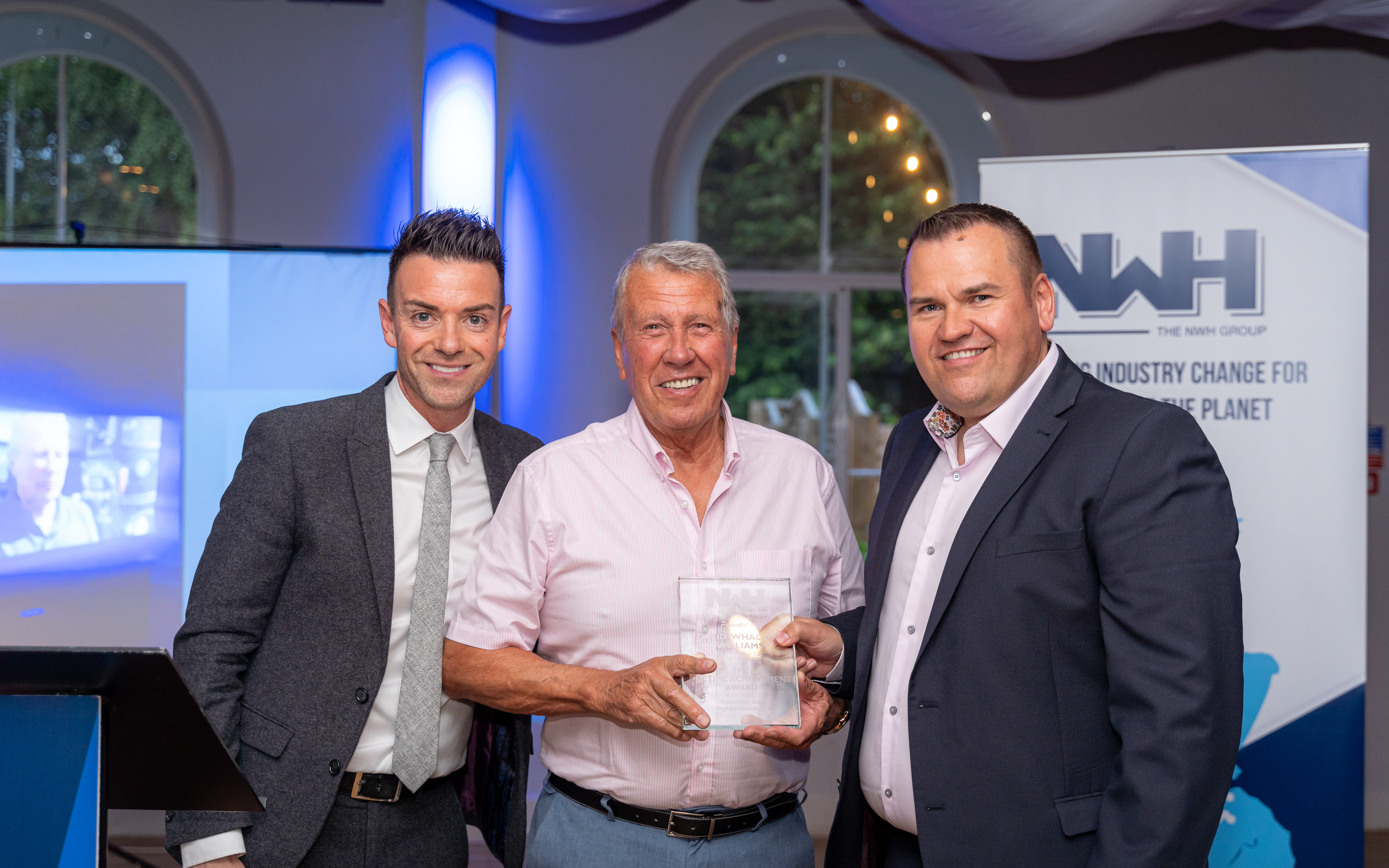 On behalf of The NWH Group, Des Clarke, the Scottish comedian and broadcaster, has presented a lifetime achievement award to David “Whacker” Williams (75) from Dunbar.

Williams, who co-founded The NWH Group back in 1967, remains with the business as a garage hand at our Mayfield site.

On presenting the award, Des Clark said: “Fifty-five years on from founding the business, he will still be found in his red overalls taking vehicles for MOT’s, or under a vehicle offering his words of wisdom. This award is presented to a man who has dedicated his entire life’s work to the success of NWH. David is the very foundation, the back bone and all-round legend of NWH.”

Today, David’s family continue the legacy with sons Mark as CEO; Craig as Group Executive Director; and Ricky as Company Director; as well as daughter Lisa, who recently retired from her role as Head of Human Resources. From humble beginnings serving the local agricultural industry in and around Midlothian, this team has been instrumental in growing the business to what it is now – one of the UK’s leading recycling and waste management businesses.

The NWH Group is one of the UK’s leading recycling and waste management businesses with a mission to change its industry for the benefit of the planet. Serving the whole of Scotland and North East England from ten sites, The NWH Group is committed to creating a sustainable future by improving the social, economic, and environmental wellbeing of its communities.

The progressive, second-generation family business provides waste management services to the industrial, commercial and construction industries. Collecting waste with its fleet of trade refuse, skip, tipper, grab and walking floor articulated vehicles, it transports materials to its own recycling facilities where they are transformed into high value products such as cardboard, paper, washed sands, biomass for energy and animal bedding.