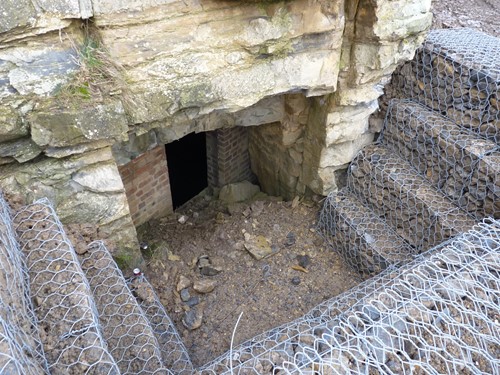 NWH Group has invested £50,000 in preserving 'bat caves' at its Middleton Quarry site on the outskirts of Edinburgh.

NWH Group has invested £50,000 in preserving 'bat caves' at its Middleton Quarry site on the outskirts of Edinburgh.

The business acquired Middleton Quarry in 2013 with plans to reinstate the site to grass and woodland by firstly in-filling the excavated area with inert material from the Borders Railway development where it was employed to collect and recycle waste such as soil, clay and bricks. One of the planning conditions for the reinstatement was to ensure the safeguarding of the local bat population which was resident on site in the old underground mine workings.

Working with consultant ecologist, David Dodds Associates, under a Scottish Natural Heritage license, NWH Group developed an innovative plan to protect the old mine workings, where thebats roost, with a series of gabion basket structures formed using existing rock from the quarry.

Mark Williams, Managing Director at NWH Group, said: “We are involved in a diverse range of recycling projects and it’s really satisfying to see our team take such an innovative approach, and be instrumental in a conservation initiative that has a really positive impact on our local environment.”

The ‘bat cave’ is now successfully operational in the upper quarry, with three different species of bat, the brown long-eared bat, Natterer's bat and Daubenton's bat, flying up to 50km to use the old mine for hibernation. NWH Group is now set to move on to phase two, the lower quarry reinstatement. Planning permission has already been granted for the infilling of the second quarry, and in line with SEPA’s recently published draft guidance on the recovery and disposal of waste in quarries, the site is now open to firms who are looking to responsibly dispose of inert waste materials.