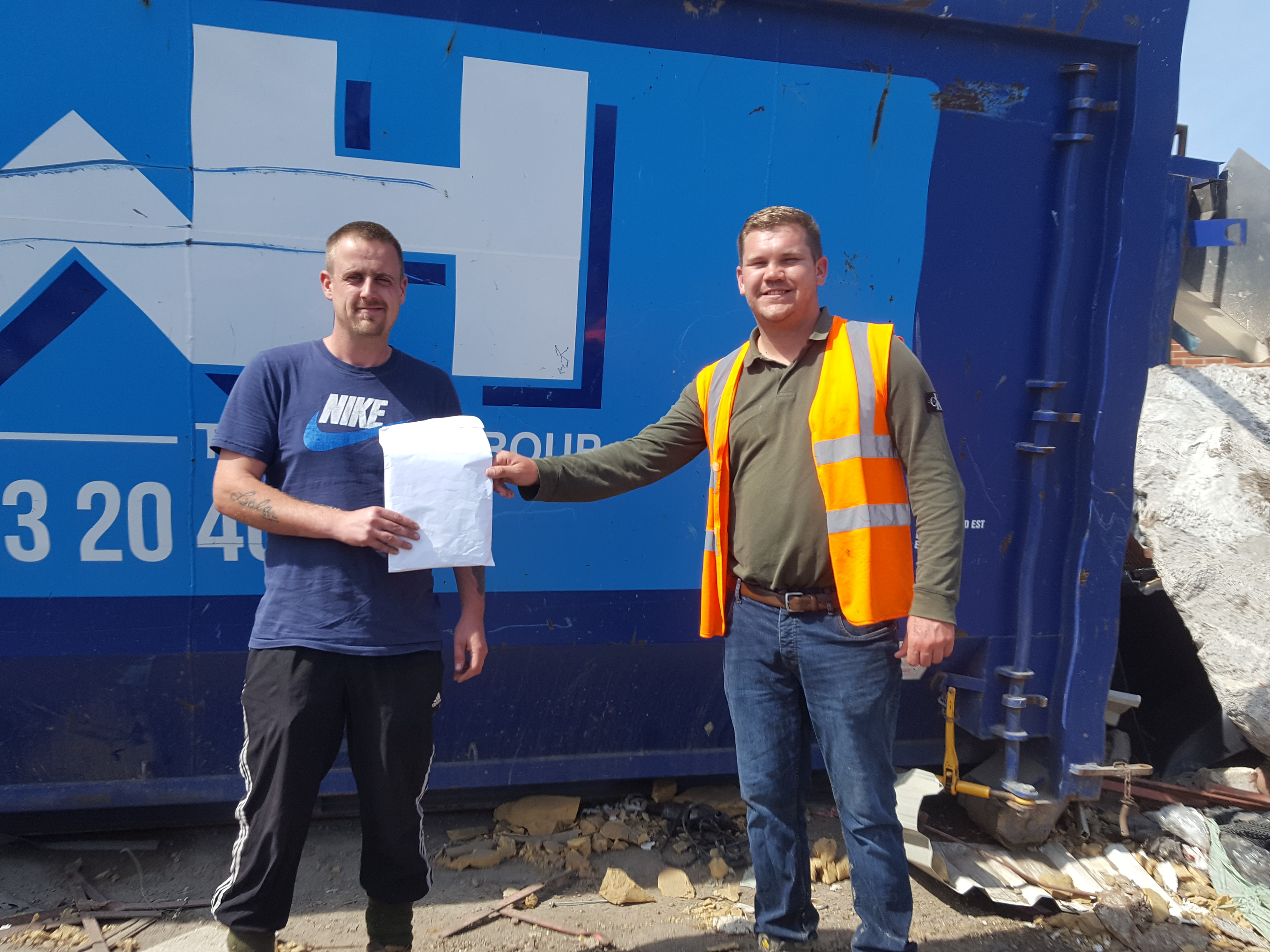 The waste recycler NWH Group, has reunited several items of antique war memorabilia, found in a skip at its Newcastle depot, with a descendent of its original owner.

Christopher Low, Yard Supervisor at NWH in Newcastle, said: “We were hand sorting waste on site in our Newcastle depot and came across a number of items including photographs, a second world war ration book and even certificates of service dating back to 1915. We contacted the Royal Marines Association to help track down the family mentioned in the documents. It’s really great to be able to reunite them with the family, and it was an emotional handover.”

The items were collected by James Letson from Sunderland, who shares the same name as his great grandfather who served in the Royal Marines and had been stationed at HMS Calliope in Gateshead.  James Letson senior was originally from Greenock in Renfrewshire, and finally moved and settled in the Newcastle area after the war.

The NWH Group is a second-generation family business headquartered in Midlothian. Serving the whole of Scotland and Newcastle from ten sites, the NWH Group’s vision is to eliminate waste by transforming it into a valuable product. The business currently employs around 300 staff.

On its mission to eliminate waste, it provides waste collection services to the leisure, retail and construction industries. Collecting waste with its fleet of trade refuse, skip, tipper, grab and walking floor articulated vehicles, transporting materials to its recycling facilities where they are transformed into high value products such as cardboard, paper, washed sands, biomass for energy and animal bedding.